A range of import restrictions affecting New Zealand beef exporters to China will be swept away for their American competitors as part of the new “phase one” US-China trade deal signed in Washington DC on Wednesday.

However, US producers will continue to face tariffs on beef as high as 47 per cent while New Zealand beef exports enter the Chinese market duty-free under the free trade agreement in place since 2008, according to initial analysis of the deal by the Meat Industry Association. Details were still emerging, but newly appointed MIA chief executive Sirma Karapeeva told BusinessDesk there was no suggestion “that I can see” that New Zealand lost its tariff advantage over US exporters to China.

“But on the [administrative side] it looks like they are streamlining systems and leapfrogging where countries like New Zealand are at.” 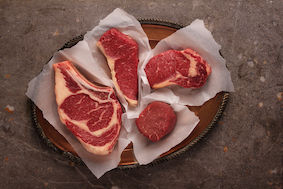 Of particular significance is China’s decision to allow American beef containing some level of hormone growth promotants to be imported, reversing the current ban.

“Given the widespread use of HGPs in US beef production, this development has the potential to significantly increase US beef exports to China,” said Karapeeva. However, full detail has yet to emerge, including a start date for the new US-China pact, whose wider effect has been to calm global trade and financial markets, which had become highly focused on the simmering trade war between the two major powers.