A good year for grass, combined with a rush to beat the October Brexit deadline, resulted in a big rise in UK lamb output in 2019.

Production levels of UK beef also increased, mainly due to a large rise in carcase weights.

This stemmed from a 3% rise, to 14.9m, in the number of animals slaughtered, combined with heavier carcase weights.

Welsh abattoirs totalled 63,400 tonnes of production from a throughput of 3.3m animals.

However the actual figures will be higher as some Welsh lambs are slaughtered across the border.

According to Welsh Government statistics, from farming’s June census, the Welsh lamb crop was up by 1.2%, with the sheep population standing at 9.5m.

But also playing a part were climate and political factors that were unique to 2019. 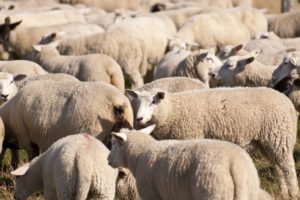