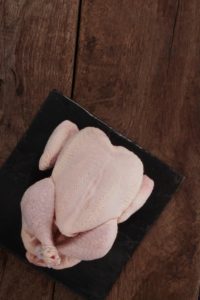 BRUSSELS (Reuters) – The European Union needs to redress a $10-12 billion (£9.1 billion) imbalance in farm produce trade with the United States and adapt its food safety rules to reflect “sound science”, the U.S. Secretary of Agriculture said on Monday.

Sonny Perdue, on a five-day trip to Europe, said both Washington and Brussels were eager to reset the transatlantic relationship but that rules should be based on real risks not potential hazards.

The U.S. trade deficit in agriculture was not logical given the EU had almost double the number of consumers as the United States and only two-thirds of the arable land, Perdue said.

Agriculture has proved a block in U.S.-EU trade talks, with Brussels resisting Washington’s demand that it be included. Perdue said tariffs on farm produce could be tackled at a later stage, but regulatory barriers need to be addressed now.

The EU, for example, bans hormone-treated beef or poultry washed with peracetic acid to remove pathogens.

“You know what it is? It’s vinegar essentially…. We don’t use chlorine any more to treat chicken,” Perdue told reporters, pointing to EU acceptance of washing salad with chlorine.