Germany has engaged in talks with China, to make sure exports of pork and pigmeat will remain possible in case African Swine Fever would be found in wild boar in Germany. 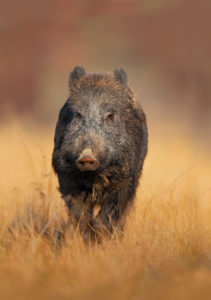 At the German Federal Ministry of Food and Agriculture, there have been talks with a Chinese delegation in January. A concept agreement will soon be sent to China; bottom line is that pig meat exports will continue to stay possible as long as the virus is only found in wild boar and as long as domestic pigs are being kept healthy.

The agreement is not set in stone yet though. In March, another Chinese delegation will visit Germany to inspect bio-security on pig farms. The delegation would like to see for themselves that the virus cannot just jump from wild boar to domestic pigs.

Once they have been convinced of the biosecurity on German farms, the Chinese are said to be open to the adjustment of current export procedures. At the moment, with every shipment of pigmeat to China, a veterinarian has to confirm that Germany has been free from ASF for at least 12 months.

Successful talks would mean there would be a glimmer of hope for meat exports not to suffer, in the event that African Swine Fever occurs in Germany. At the annual meeting of the German Union of Pig Producers (ISN), Jörg Altemeier of meatpacker Tönnies explained that talks are being held with China to continue to export pigmeat in case the virus would be found among wild boar in the country.