In direct contrast to the weather, last week was uneventful for cattle prices. In the week ending 15 February the GB deadweight all prime average remained unchanged at £3.33/kg.

Although steer prices for carcases meeting the R4L specification rose by 0.4p on the week, overall the category was steady at £3.33/kg. Heifers overall rose by 0.5p to £3.36/kg, with R3 carcases rising nearly a penny to £3.41/kg. Young bulls on average fell nearly 4p in price to £3.10/kg.

Reports of difficulties in moving cattle about don’t seem to have fed too strongly into the kill numbers; an estimated 32,400 cattle were processed, only 500 fewer than the previous week. 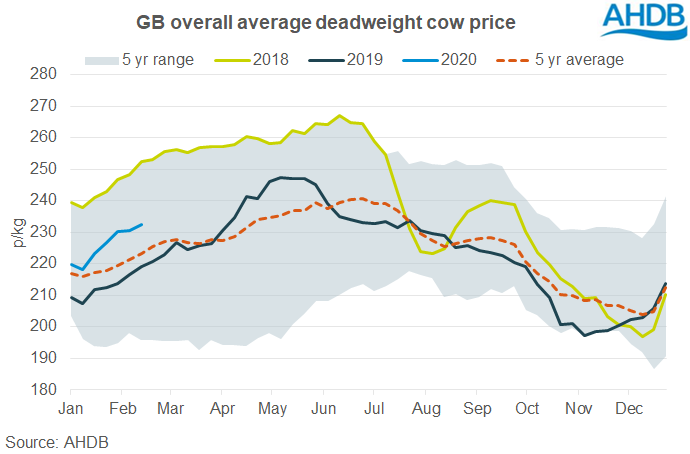