SAO PAULO, Feb 27 (Reuters) – China’s beef imports will fall in the first half of 2020 due to fallout from the coronavirus outbreak, which is complicating the circulation of people and trade globally, Rabobank said in a report released on Thursday.

The situation may rein in Brazil’s meat export bonanza, as domestic food processors were among the biggest winners of additional Chinese food import demand after African swine fever has disrupted local meat suppliers since around August 2018.

The bank said China’s high inventory of frozen beef stored in local markets in preparation for the country’s Lunar New Year holiday was not used in January due to the outbreak of coronavirus, which caused restaurants to close.

Some could remain closed until March as people continue to avoid eating out, Rabobank said.

Citing uncertainties around to what degree coronavirus can be contained in the first quarter, Rabobank mentioned the possibility that the food service and tourism industries would remain disrupted through April or May.

“This lower sales volume means beef demand will be weaker than normal years in the first half,” the bank said. 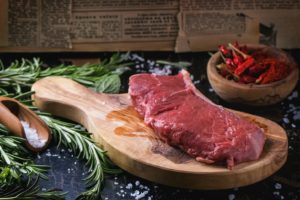 Brazil’s total beef exports hit a record $7.5 billion in 2019 driven by strong demand from China, which accounted 26.6% of the volume exported by domestic beef packers, according to data compiled by meat association Abrafrigo.

If sales to Hong Kong are included, the combined volume rises to 45%.

Some of Brazil’s main beef exporters include Minerva , JBS and Marfrig.