An animal expert has warned that pet owners who inflict their vegan views on their dogs and cats could be putting them at risk of fatal conditions.

TV and radio dog guru, Anna Webb, has issued the stark warning, after some pet food brands released vegan ranges claiming that it is nutritious to feed dogs and cats in this way, and helps to reduce their ‘carbon pawprint’. 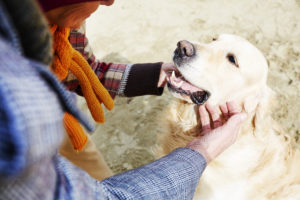 Anna has studied natural nutrition and therapies with the College of Integrated Veterinary Therapies (CIVT).

She said, “You would never give a rabbit a steak, and it’s the same thing. Dogs and cats are carnivores and by feeding them diets which don’t contain meat, instead of being ethical you are actually being very unethical, and putting your pets at risk of health issues overtime.

“All of these products are very processed, and just like humans are being discouraged to eat processed foods, the same logic applies so are our pets.

“Obesity related conditions like heart disease and diabetes in dogs is at record levels and that is because most ‘complete’ pet food is 30 to 70 per cent grains, which dogs cannot ‘metabolise’.

“These foods are bulked out with ingredients like rice, barley and beet pulp, which are all sugars. Not only bad for their teeth, these grain heavy foods pile on the pounds, evident with one in two dogs now considered obese or overweight in the UK .”