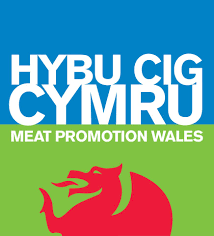 Hybu Cig Cymru – Meat Promotion Wales (HCC) has welcomed the publication of full-year export statistics for 2019 by HMRC, which showed that sheepmeat exports jumped 7.1% by value and 12.6% by volume compared to the previous year despite a lower than usual volume of trade in December.

The statistics, which are currently only available on a UK-wide basis, show that trade in lamb increased to a wide variety of countries, both in Europe and beyond. However, the largest growth in exports has been in two markets which HCC has targeted for promotion of PGI Welsh Lamb – Germany and the Middle East.

A comparison of the volume of sheepmeat exports from the UK in 2018 and 2019 shows a 27% increase in sales to Germany to over 19,000 tonnes, and a massive 319% jump in trade with the Middle East – including Qatar, Kuwait, the United Arab Emirates and Jordan – to nearly 2,000 tonnes.

As Wales is home to almost a third of the British lamb flock, it is estimated that exports of lamb to Germany were worth £20 million to farmers and processors in Wales, while the value of trade with the newer Middle Eastern markets has risen to around £2.5 million.

HCC’s Chief Executive Gwyn Howells said that the figures reflected a favourable exchange rate, together with strategic market development work by HCC supported by the Welsh Government’s £1.5 million Enhanced Export Programme, designed to help the industry to maintain exports through the period of Brexit uncertainty.

“It will be some weeks yet before we see the complete Wales-only trade statistics,” said Gwyn Howells, “however we can say with certainty that 2019 was a good year for lamb exports, with the star performers being an established market in Germany, and newer trading destinations in the Middle East.”

He added, “A comparatively weak pound has certainly helped to make our exports competitive, however these two markets are ones which HCC has identified and invested in during recent times, latterly with the help of the Welsh Government’s Enhanced Export Programme and overseas staff.”

“Germany has a huge foodservice and catering sector. Our work here has concentrated on working with Welsh exporters to secure listings for PGI Welsh Lamb with foodservice distributors and joint promotions at trade events and conferences,” he explained. “In the Middle East, our task has been to grow beyond our established foothold in the retail market in the UAE, through making new contacts at the annual Gulfood show in February and trade development missions.”