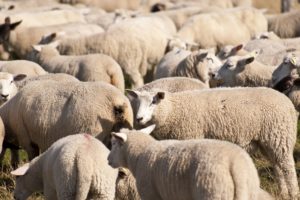 Lamb prices in Australia have continued to creep higher despite the coronavirus panic ratcheting up a few more notches around the world.

Market pundits are wondering when this golden run will end but coronavirus doesn’t seem to be weighing on the export market – for now, anyway.

Sheepmeat exports to China, the original source of coronavirus, were softer in February but other hungry world markets stepped in to pick up the slack.

Restocker lamb prices have taken a small hit despite more useful rain across the key sheep states of NSW and Victoria.

Supply remains the key issue, particularly for processors, for the run into winter.

Mutton prices were now on par with trade lamb values from 12 months ago.

Matt Dalgleish, an analyst with Mecardo, said despite lower lamb and mutton flows to China the total export volumes for February remained above the five-year average trend for this time in the year.

He said anecdotal reports out of China from wool industry and export trade insiders suggested factories were trying to crank up again and supply chains were starting to function normally.