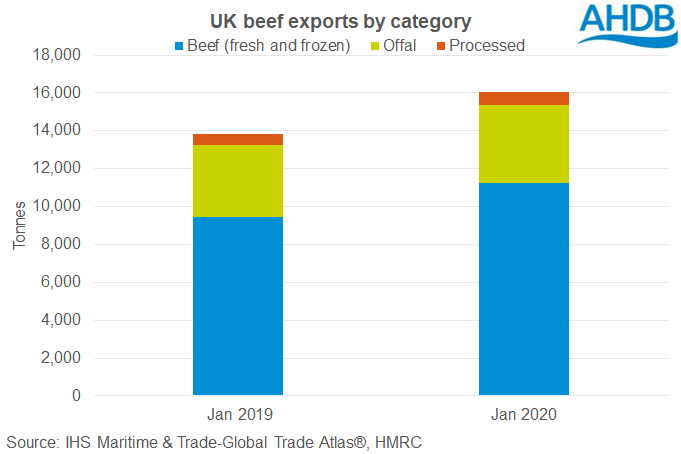 Exports also increased in value terms, although not to the same magnitude. In January, exports of fresh and frozen beef totalled £38.7 million, 11% more than in the same month in the previous year. This is due to a 7% decline in the average export unit price. While average unit prices continue to track below last year, the annual change has reduced in recent months.

In contrast, UK imports of fresh and frozen beef decline by 14% in January compared to the previous year, to 19,200 tonnes. This mirrors the trend seen throughout most of last year. This equated to a value of £72.7 million, 18% less than in the previous year.