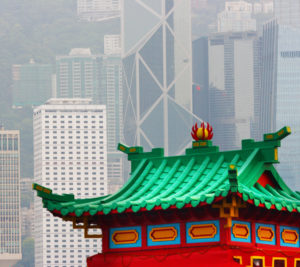 Pork sellers want a rule that live pigs cannot be kept in Hong Kong for more than a day relaxed, saying the recent drop in mainland supply has led to a surge in prices.

Jackie Ling Wai-yip, chairman of a fresh meat union, said there were only 1,300 pigs from the mainland priced at HK$4,600 each over the long Easter holiday compared to the previous supply of 1,700 selling for HK$3,000 each.

“There were insufficient live pigs for the entire sector, causing some pork retailers to stop operating,” said Ling.

He added that the live-pig business had suffered for more than 11 months because of the deadly African swine flu outbreak in the mainland last year.

The general manager of the Pork Traders General Association, Hui Wai-kin, said the low supply of live pigs was also a result of the recent social upheavals and the Covid-19 pandemic.

Pig wholesalers “had no choice but to accept” the 24-hour rule when it was enforced last June to maintain slaughterhouse hygiene amid the swine flu, he added, noting the measure had also forced them to reduce the number of imported pigs.

“The swine flu situation in the mainland has improved,” Hui said, “and there are no new cases. Should these market-harming factors be lifted now?”

The pandemic also resulted in just slightly more than 10 mainland pig farms supplying Hong Kong, compared with about 100 in the past, Hui noted.

He said Hong Kong and mainland customs authorities should also adopt more lenient and simplified quarantine measures on live pigs. That could include extending the validity of a pig’s health papers from three days to two weeks.

“The quarantine should be strict but not too rigorous,” he said. “Live pigs are also a welfare concern after all.”