In the week ending 25 April, the GB deadweight all prime average fell by 1.7p to average 322.1 p/kg. While the price still recorded a drop on the week, it was considerably smaller than those seen in the previous two weeks.

Estimated slaughter* totalled 30,600 head, 13% (3,600 head) more than in the previous week. All groups of cattle recorded an uplift in throughputs. 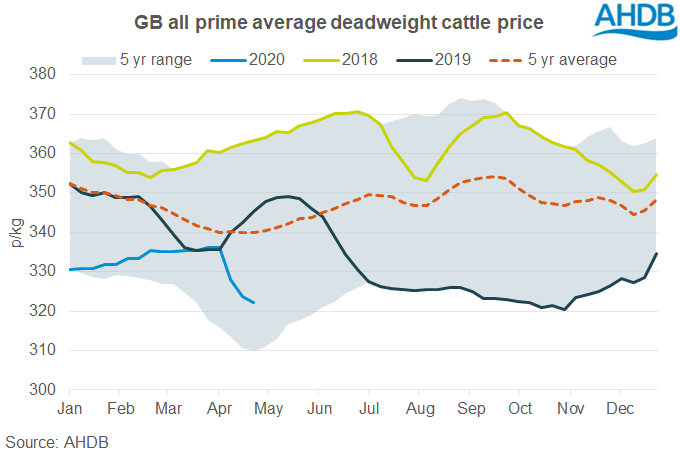 In contrast, overall cow prices recorded an increase on the week, rising by 0.9p to 210.3 p/kg. Meanwhile, prices for cows meeting the O4L specification remained unchanged on the week, at 230.7 p/kg. Estimated slaughter* picked up by 3% (300 head) on the week to total almost 9,000 head. Industry reports suggest demand for cow meat is strong, with some processors restarting orders once again. 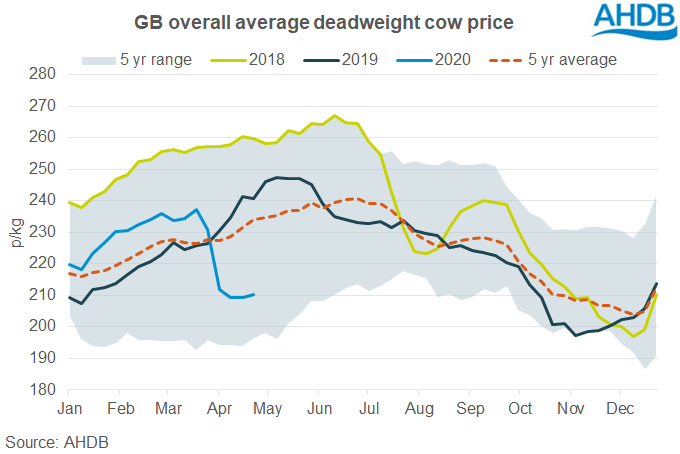 *Estimated slaughter figures should be treated with caution, as more animals than usual may have been sold deadweight, given the temporary disruption to some live markets.