China has joined South Korea in stopping the import of German pork after a case of African swine fever was uncovered in a wild boar. Local producers have lost their biggest export market outside the EU. 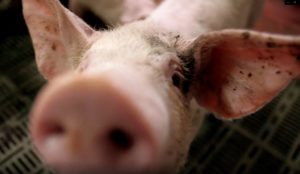 German farmers on Saturday warned they will be hit hard by a Chinese ban on pork imports from the European Union’s largest producer.

The Chinese customs office and Agriculture Ministry announced the measure on Saturday, which also covers indirect imports and all pork-based products.

The ban will take effect immediately, meaning that all exports already shipped will either be destroyed or sent back.

A spokeswoman from Germany’s Food and Agriculture Ministry confirmed that it had been notified, before adding that the officials remained in talks with their Chinese counterparts.

According to the DPA news agency, the German government is hoping to limit the ban to certain regions of the country.