The European Parliament came together Friday to vote on a variety of issues, including whether a veggie burger is a burger.

The Parliament said yes, too, in a decisive vote against a measure that would ban plant-based meat alternatives from being referred to by the names of their meat counterparts. This means terms like steak, sausage and burger. 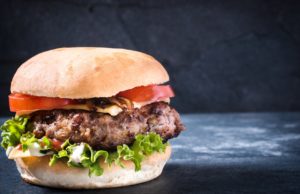 “Reason prevailed, and climate sinners lost,” Nikolaj Villumsen, a member of the European Parliament tweeted following the vote. “It’s worth celebrating with a veggie burger.”

“Consumers are in no way confused by a soy steak or chickpea-based sausage, so long as it is clearly labelled as vegetarian or vegan,” she said in a statement.

Terms like “burger” and “steak” for plant-based foods help consumers understand how to integrate them into their meals, Perrin said.