Exports of pig meat have been falling in recent months, pushing the market further into oversupply, and putting further pressure on prices. Demand for the important Chinese market, which had been importing more while its own domestic herd struggled with African Swine Fever (ASF), has fallen.

The Chinese pig herd has been growing, although progress has stalled more recently. Wholesale pork prices are now where they were before the disease outbreak. 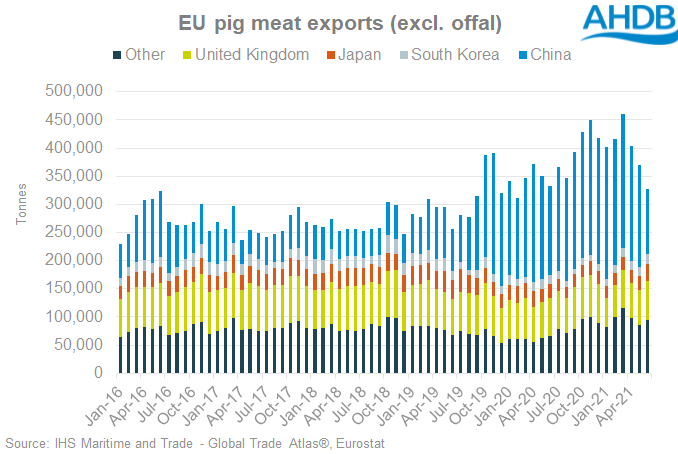 Spanish exporters, in particular, had expanded volumes on the back of Chinese import demand, and volumes from this country have shown the most marked decline in recent months. Germany cannot send any pig meat to China at the moment, as it contends with its own ASF challenges.

While the UK was never the biggest exporter to China, these volumes have played an increasingly important role in balancing our market, and have also been in decline recently, along with exports to the EU itself.