LONDON (Reuters) – Carried high by the cook on a silver platter behind a kilted piper at formal dinners, the haggis is the essential dish for anyone celebrating the birthday of Scotland’s national poet, Robert Burns, on Saturday.

Now the spicy meat is more popular than ever, with exports up 136% over the past decade with sales to faraway places such as Hong Kong and Ghana as well as across Europe.

The fame of the dish beyond Scotland is largely thanks to Burns himself, whose birthday is celebrated by festive dinners with haggis, whisky, speeches and poetry.

Burns, who died aged only 37, is celebrated by devotees around the world whose “Address to a Haggis” extolling the “Great chieftain o’ the pudding-race” is recited by a knife-wielding orator at the start of the dinner. 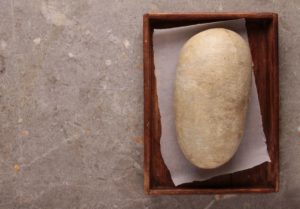 Glasses of whisky are raised to toast the memory of the poor farmer’s son born in Ayrshire in southwest Scotland in 1759 whose poetry is read and loved over 260 years later.

Haggis is traditionally made from the finely chopped “pluck” — heart, lungs and liver — of a sheep, blended with onion, oatmeal, barley and spices, stuffed into a sheep’s stomach and boiled.

“This Burns Night I encourage everyone to sample some haggis and pour a wee dram to celebrate Scotland’s iconic food and drink,” she said.