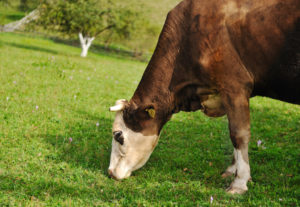 Members of the European Parliament will today be asked to consider a plan to increase the price of meat across the EU to reflect its CO2 costs.

The plan is being put forward by the True Animal Protein Price Coalition, (TAPP), a Netherlands based coalition of health organisations, animal welfare and environmental organisations, social ventures and food companies working to lower meat and dairy consumption in the EU.

A report from the coalition entitled Aligning food pricing policies with the European Green Deal, recommends increasing the price of meat across the EU to reflect its environmental costs, including CO2 emissions and biodiversity loss.

In a survey carried out last year, the plan for a higher meat price was supported by 63% of Dutch consumers.

According to the coalition, based on their recommendations, the Dutch Cabinet will soon present a proposal for fair meat prices and wider fiscal reforms with the Dutch Parliament.

The Coalition will share the Dutch criteria for successful change with members of the EU Parliament at an event today. The aim of the event is to start a discussion on how to scale up the Dutch model to fit Europe, based on a higher meat price with benefits for all stakeholders involved, including farmers, consumers and Environmental NGOs.