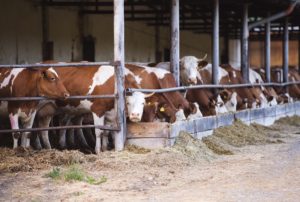 Possible changes to cross-border livestock movements and import tarrifs, are being closely monitored as government consultations wind up in the next few weeks.

Chris Dodds, chairman of the UK Livestock Brexit Group, which is helping advise Defra, said he was waiting for the details of the consultation on transporting livestock, but concerns remained that it only covered England.

He said: “Our concern is whether animals can get to the right abattoir – [for example] a very large percentage of bovines are moved to England from Scotland for fattening or slaughter, and moved between Northern and Southern Ireland – some only an hour.

“It would be ludicrous and completely impractical to have a different system in the devolved nations. And it is not as simple as just saying ‘stop cross-water movements’. What about the Scottish islands?”

Consultation findings on livestock transport were expected to be published in the next few weeks.

The group was also looking ahead to the consultation outcome on import and export tariffs, said Mr Dodds.