HAMBURG (Reuters) – Germany and Poland are discussing new action to prevent the spread of the pig disease African swine fever (ASF) in wild boars in Poland close to the German border including border fences and increased hunting of the animals, Germany’s agriculture ministry said on Tuesday. 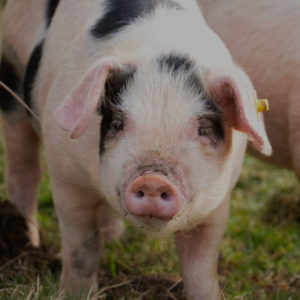 Poland recorded 55 outbreaks of ASF in wild boars in December, the World Organisation for Animal Health (OIE) said. The disease was found only 30 kilometers from Germany, one of Europes major pork exporters.

ASF is harmless to humans but often deadly in pigs. It originated in Africa before spreading to Europe and Asia and has already killed hundreds of million pigs, while reshaping global meat and feed markets.

Asian countries including China regularly impose import bans on pork from regions where it has been discovered, causing huge loss of business for meat exporters. Wild boars are spreading ASF and there are fears infected animals could bring the disease into Germany, threatening Germany’s huge pork exports to China.

“Discussions include setting up a fenced corridor along the border to prevent infected wild boar moving into Germany,” the ministry said.

The two countries will discuss whether Germany’s civil defense force should help setting up fencing.

German regional state governments in Brandenburg and Saxony have already started building fences along the Polish border in an attempt to stop infected wild boar roaming into Germany.

The two ministers also agreed to prepare a joint statement about “a drastic reduction in the wild boar density, for example through shooting as an effective preventative measure.”

Germany has already relaxed some restrictions on wild boar hunting.

Germany’s government is also considering new regulations allowing temporary anti-wild boar fencing to be set up to seal off an area should a case be found in Germany, the ministry added.