A 400-year-old menu that sparked the legend King James I invented “sirloin” after knighting a joint of beef at Hoghton Tower has gone up for auction. 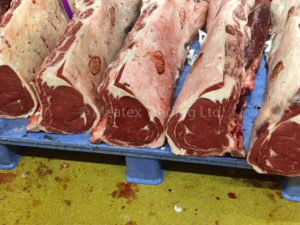 King James I and his royal party made a return journey from Scotland to London in August 1617.

On their journey they stopped at Hoghton Tower in Lancashire, the mansion of Sir Richard Hoghton, where the royal party stayed from August 15 to 18.Legend says during his stay James I was given a cut of beef so delicious that he famously decided to bestow an honour upon it.

The story claims that he announced to Sir Richard De Hoghton and his guests: “Loin, we dub thee knight henceforward be Sir Loin! Arise Sir Loin.”

A copy of the menu printed by the Hoghtons in 1790 was found last year (2019), and is now being sold by a private collector.

Despite many disputing the story, claiming “sirloin” is derived from the French word ‘surloynge’, the 400-year-old menu is it expected to sell at auction for £800.

Chris Albury, specialist at Dominic Winter, said: “It’s incredibly rare, and the earliest printing of this menu that we have traced.