Rib-eye steak
Rib-eye is fast becoming one of the most popular steaks around thanks to its incredibly rich, beefy flavour. It is cut from just above the ribs, an area which does little work and makes rib-eye exceptionally tender. There are also ribbons of fat found throughout the meat, adding plenty of flavour, and an ‘eye’ of fat in the centre, which needs to be rendered down during cooking. While every person has their own preferences on how rare or well-done they like their steak, with rib-eye it’s generally suggested to cook it until medium at the least, as this gives the fat time to render down and baste the meat. 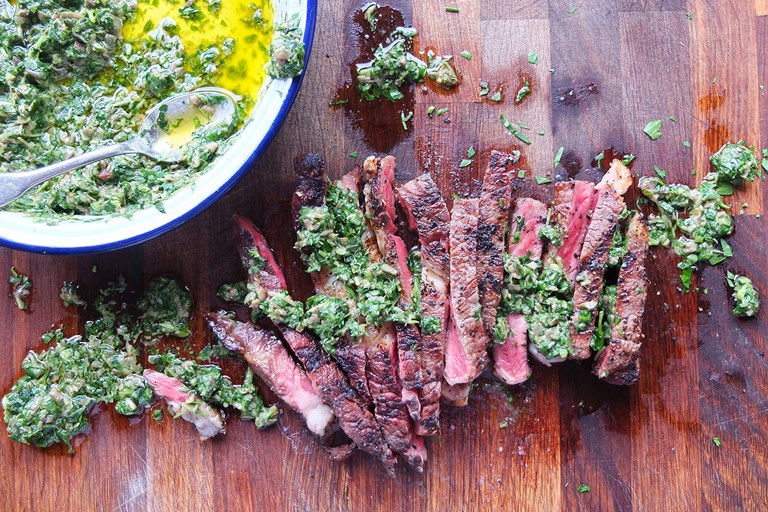 Rib-eye is one of the best cuts for cooking in this way. It has plenty of fat, which will melt as the steak cooks, and more fat equates to more flavour. The best way to cook a steak is firstly to ensure the barbecue grill is as hot as possible, so start cooking when flames have died down and coals are covered in a layer of grey-white ash. The meat must be seasoned highly, as this helps to create a really savoury crust on the outside, so don’t be shy with that step. Salsa verde is a perfect accompanying sauce because it has such punch. Capers, herbs, lemon juice, anchovies, garlic … it’s a powerful boost to any grilled meats, fish, or poultry. This version uses watercress, which has a lovely iron-rich flavour. 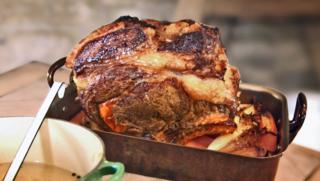