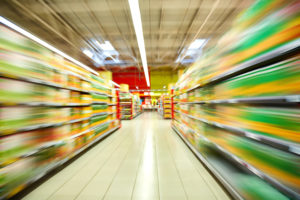 The spread of the virus has triggered panic buying across the world and while European countries have restricted travel, British companies say supply chains importing fruit, vegetables, meat and fish are so far still functioning.

Reassurances from Prime Minister Boris Johnson, who has faced criticism for acting too cautiously, on Tuesday that there was no reason to stockpile went unheeded by spooked shoppers at supermarkets across the country.

Aisle after aisle was left empty, with just ice cream and chocolate Easter eggs remaining at many major stores, while huge queues snaked around some supermarkets, Reuters reporters said.

“It is relentless and demand is still rising,” David Potts, chief executive of No. 4 player Morrisons, told reporters, adding that the firm was facing “unprecedented challenges and uncertainty” due to the health crisis.

Morrisons’ underlying sales have soared about 15% year-on-year over the last two weeks.